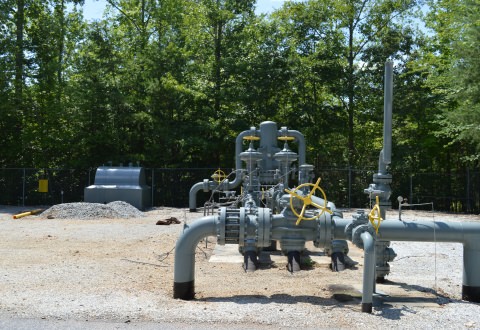 The Greer Commission of Public Works was recently awarded the 2015 APGA Safety Contest Award from the American Public Gas Association. Greer CPW and 45 other winners were grouped into categories based on their annual man-hours worked, with CPW’s gas utility employees working 38,000- 70,000 man-hours annually.

Greer CPW submitted for the award several months ago which recognizes the dedication of APGA members to maintain the highest safety standards within their system. Greer CPW most recently received this award in 2006, 2007, 2008 and 2013.

“We are extremely honored to be recognized with this award. Safety is one of our core values and the commitment for safety doesn’t stop at protecting the workers. We strive to excel in everything we do from customer service, regulatory compliance and training,” said Rob Rhodes, Greer CPW Gas Department Manager.

CPW was the winner of group D for having the lowest incident rate for the APGA contest period.

The APGA safety contest was based on the number of employee hours worked and the number of hours lost to accident or injury in the 2015 calendar year. Companywide, Greer CPW has had 150 work days since a lost time injury.

In November 2015, Greer CPW was recognized as one of the leading gas distribution utilities by The Pipeline and Gas Journal.